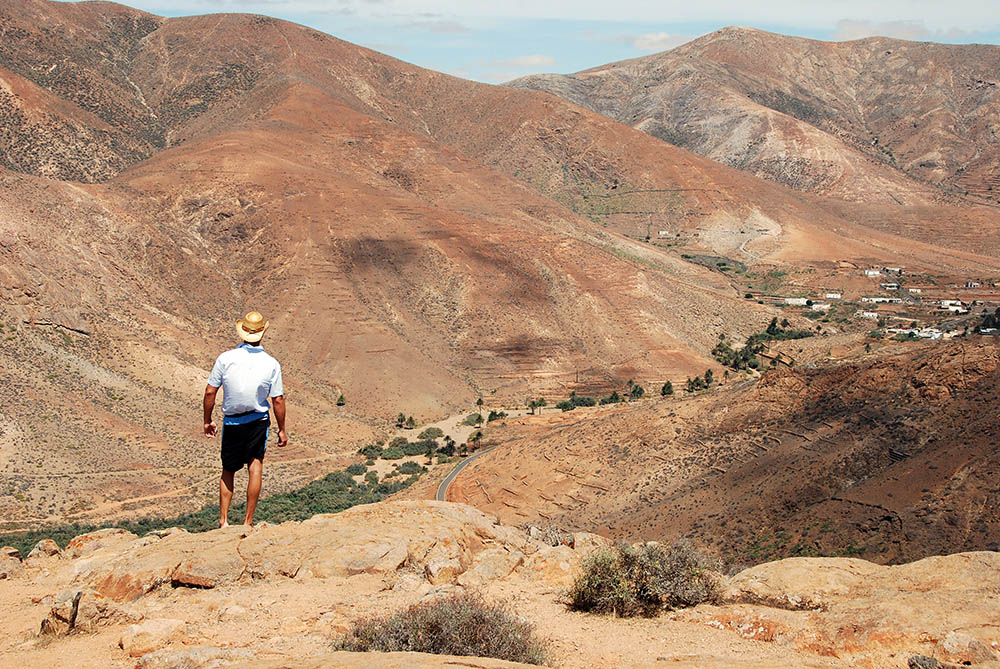 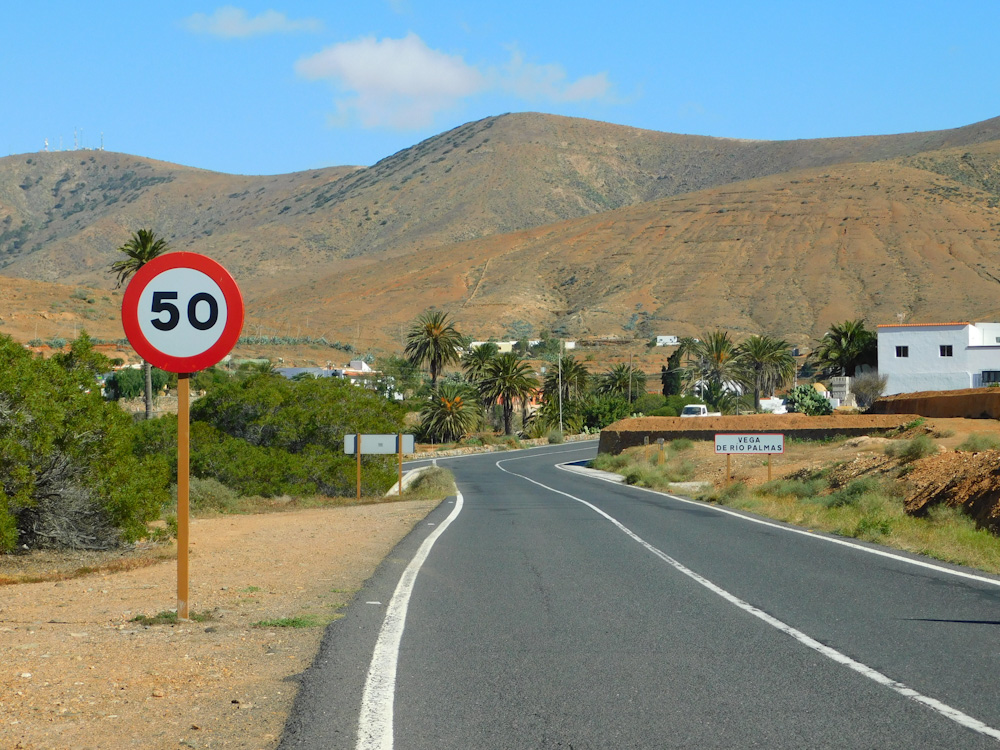 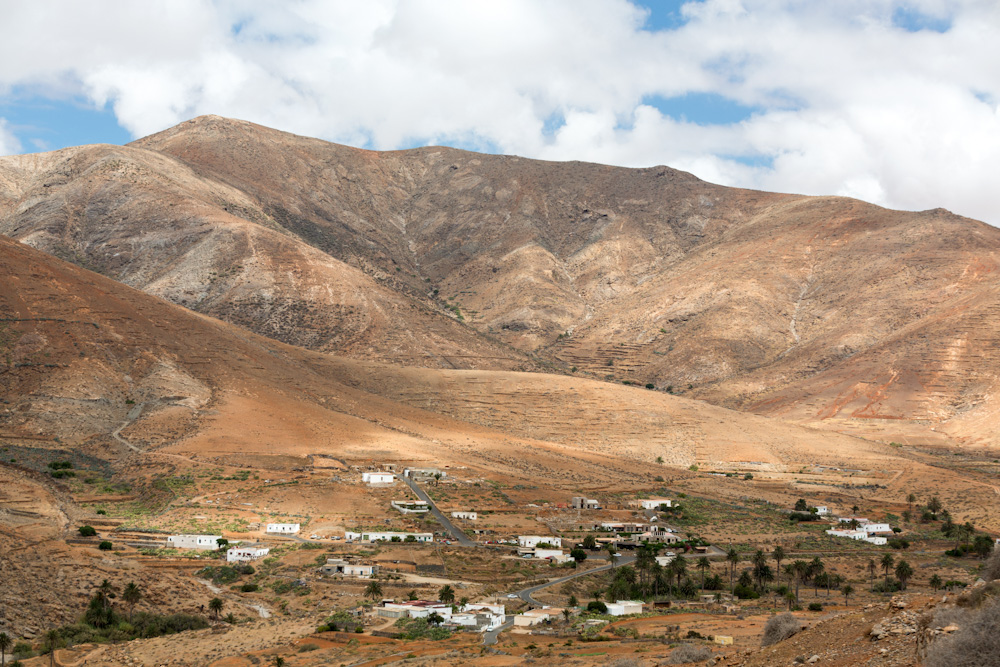 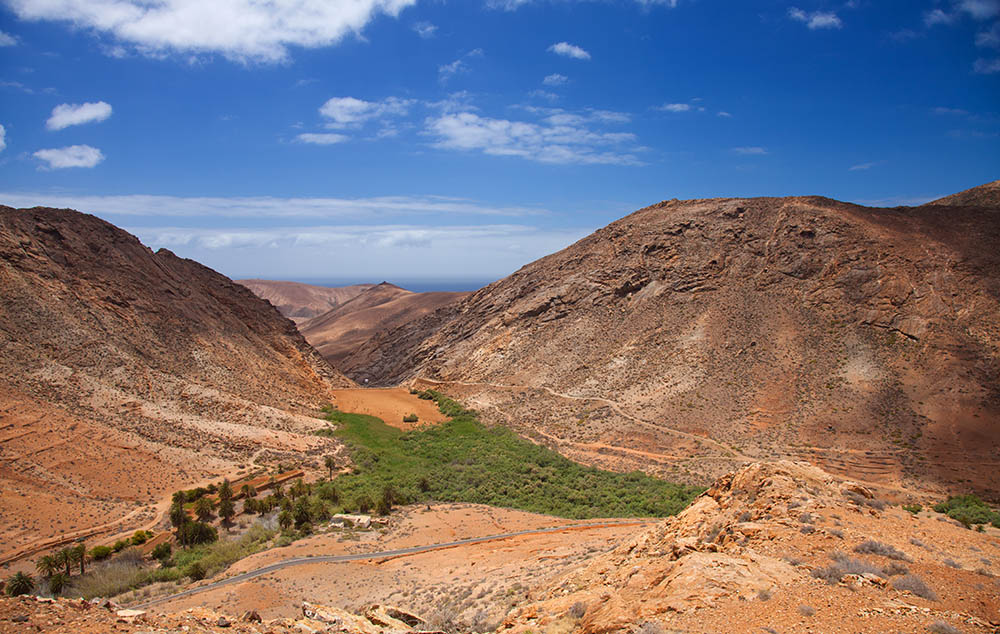 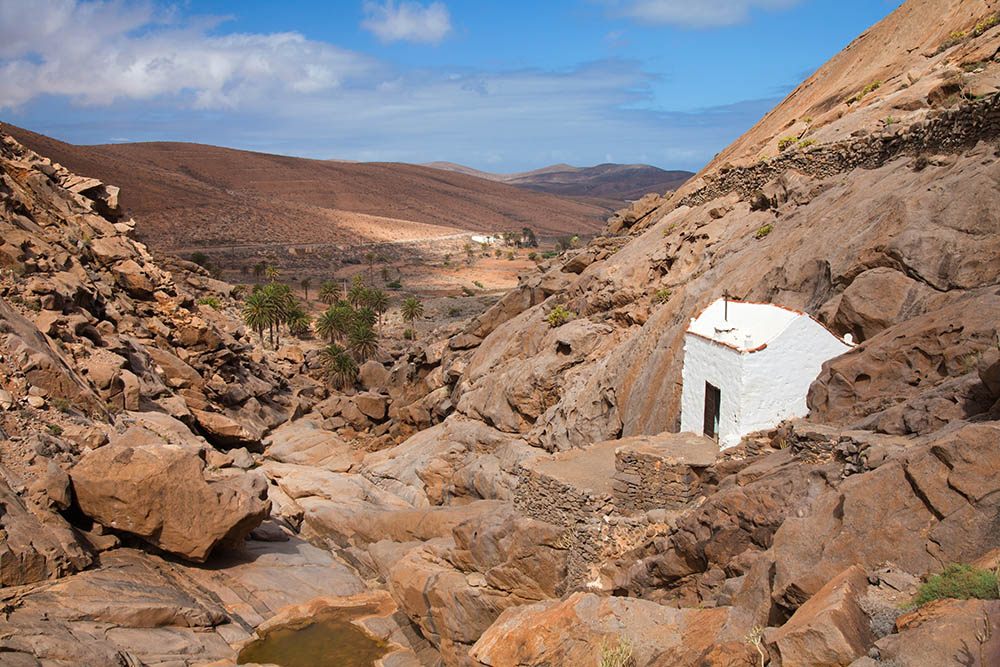 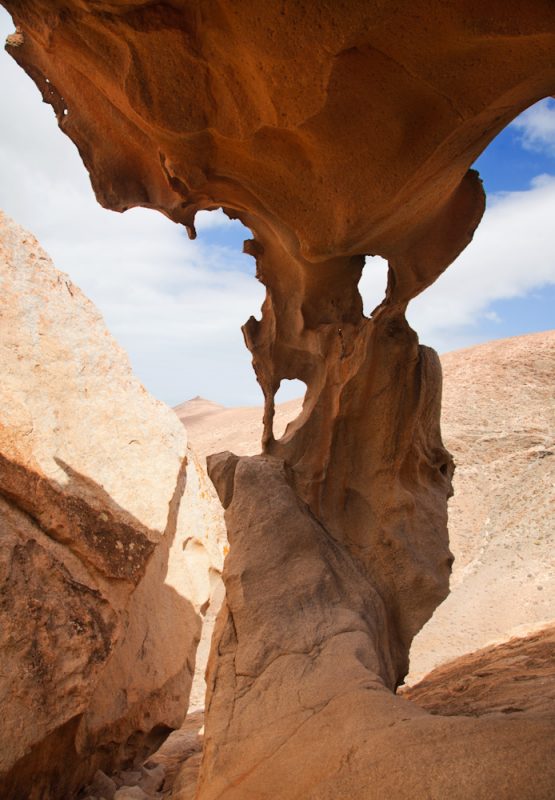 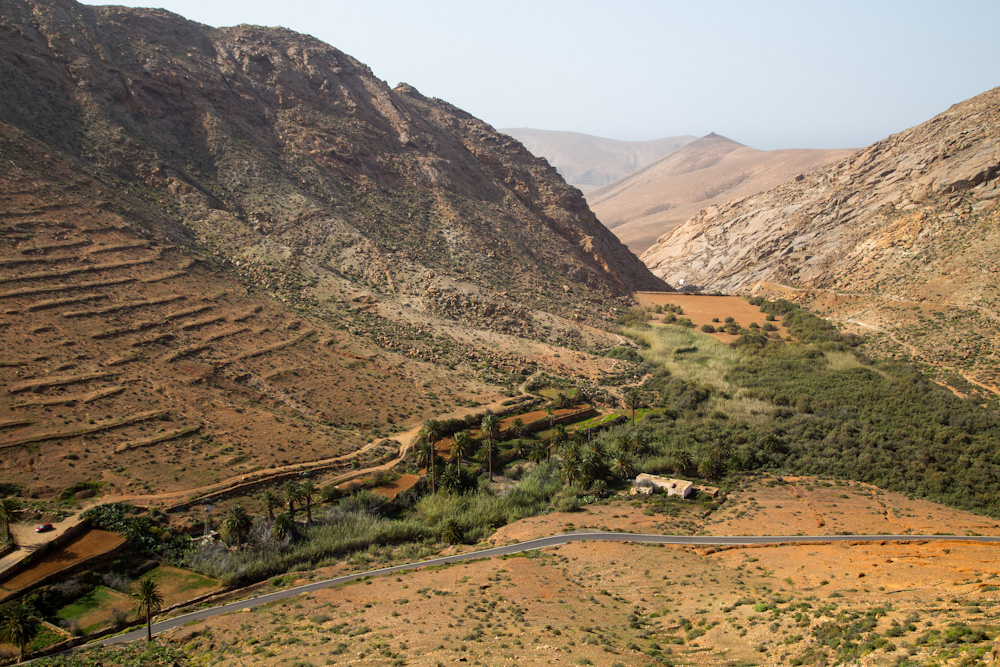 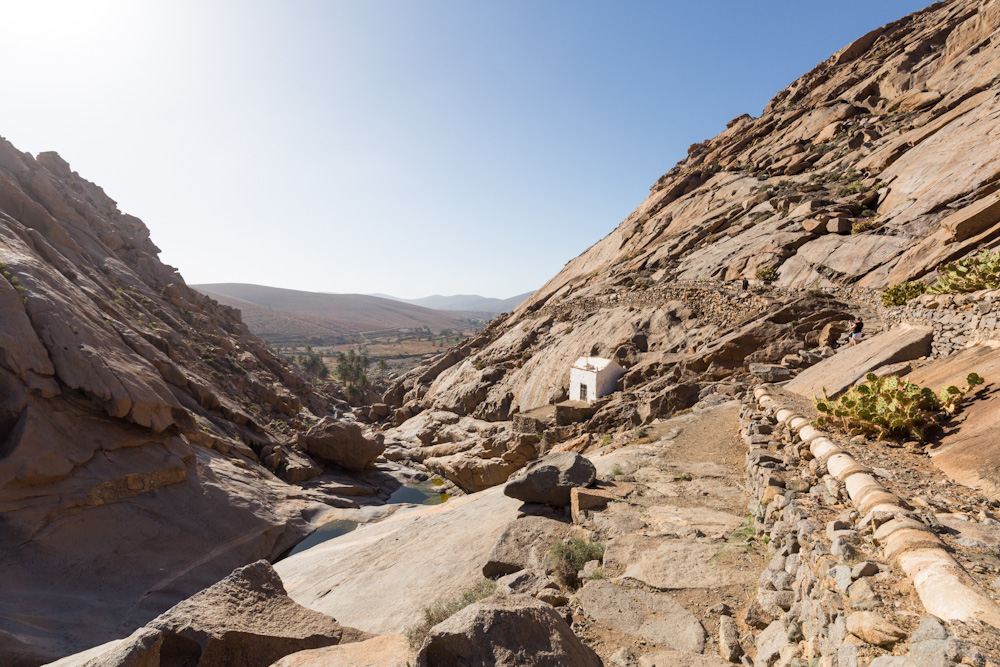 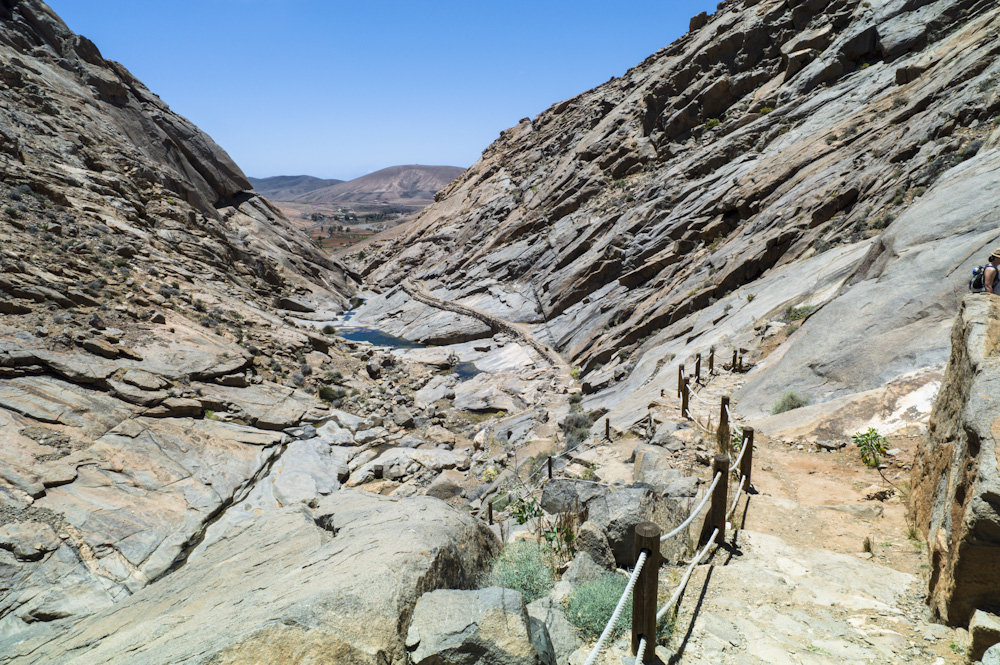 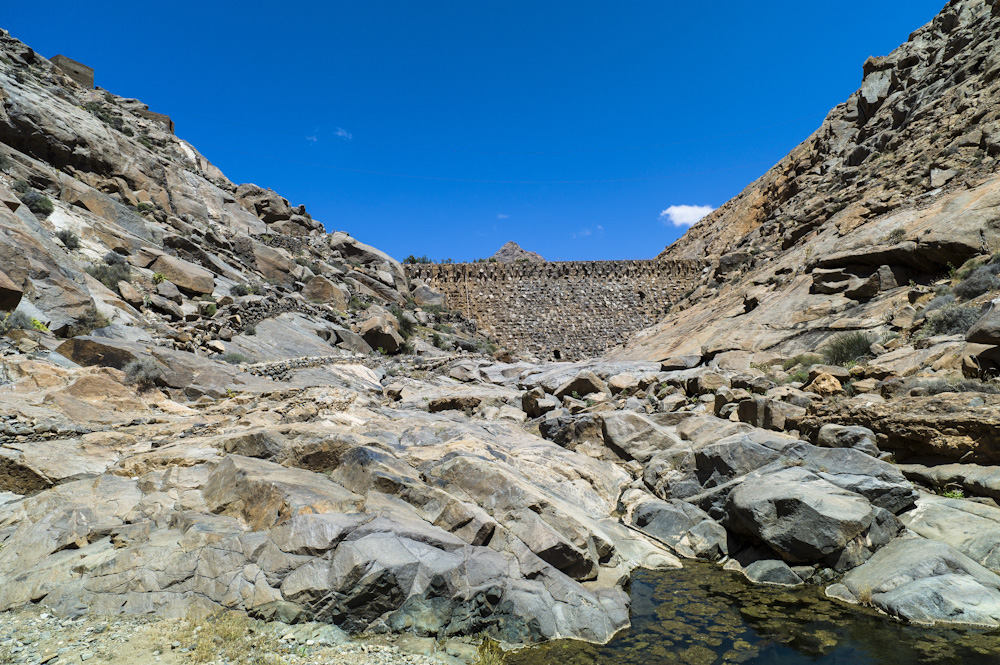 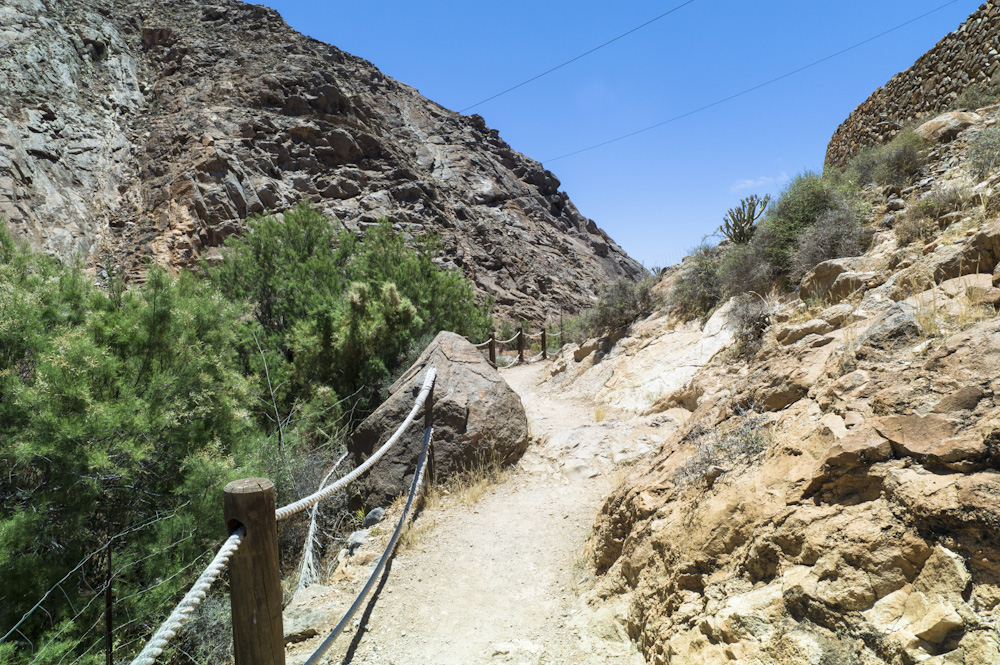 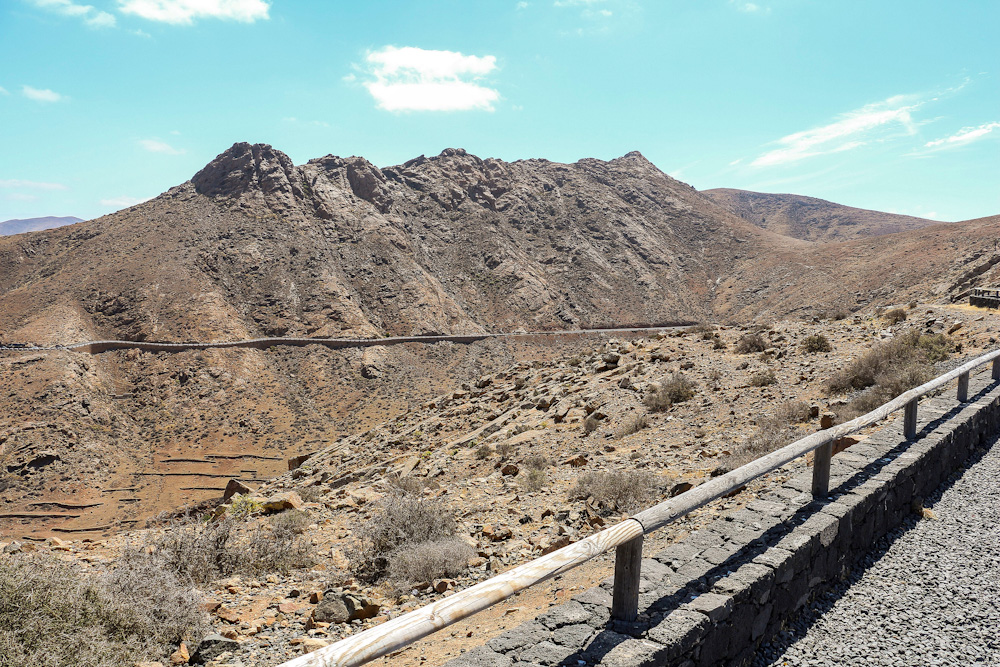 Vega de Rio Palmas is a small inland village in the centre of Fuerteventura.

Picturesque, traditional, humble and nestled in a beautiful valley, it is a village that is as popular for its romeria festival as for the hiking route that passes by it.

The small and welcoming houses scattered throughout the valley form the village in which around 200 people live. Meanwhile, under the protection of the humidity of Barranco de las Peñitas (Las Peñitas ravine), where the town is located, the vegetation and greenery grow among the classic desert landscape that characterises Fuerteventura.

Its famoucs romeria is celebrated on the third Sunday of September. It is a festival full of Canarian tradition in honour of the Virgen de la Peña, who is buried in the Ermita de la Virgen de la Peña (Virgen de la Peña Chapel), a humble architectural marvel build in 1717. The romeria extend beyond the village and is famous throughout the archipelago.

The village is practically next to one of Fuerteventura’s best kept secrets, Barranco de las Peñitas. It is a little gem of Fuerteventura that is hardly known, yet extremely beautiful.

It is ideal for hiking and climbing lovers, as a fantastic hiking route passes by it. The route is magical, full of vegetation, impossibly shaped rocks, hundreds of palm trees, and is also the location of one of the few dams on Fuerteventura, the Peñitas Dam.