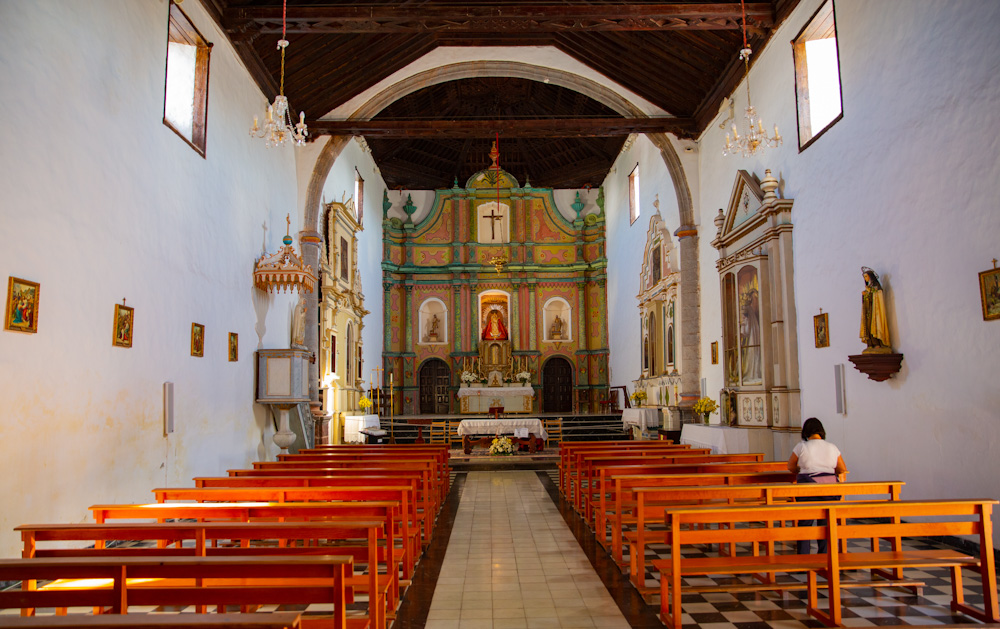 Since the mid-16th century, there has been evidence of a Chapel in honour of Nuestra Señora de la Antigua, which has been subject to various remodels over time until it took on the architectural appearance that it has today. It is found in the region of Antigua.

In the past, Nuestra Señora de la Antigua, the virgin that the church houses, hosted processions to ask for mercy in the form of rains that would put an end to the droughts suffered in Fuerteventura. To this day, every 8th September, there are festivals in her honour.

In 1785, it was declared a Parish, and at the end of the 20th century was proclaimed a Site of Cultural Interest (BIC).

In terms of architecture, the Church has a unique nave with a gable tiled roof. On its main façade, the stonework-wrapped entrance door stands out, and the most outstanding element is the imposing bell tower that rises from the right-hand side of the building.

In its interior, the image of Nuestra Señora de la Antigua stands out on its own, with images of Juan Bautista (John the Baptist) on the right and San José (St. Joseph) on the left.

The rest of the church is filled with various Christian images.